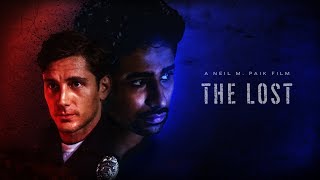 "The Lost" on DirecTV, and score available for streaming

Neil Paik wrote and directed a fantastic short film for DirecTV/AT&T. On Dec. 1st it began streaming on demand on the DirecTV website and through DirecTV on your TV. It was such a privilege for me to be involved with such talent - truly a blessing to score this film. The cast included some pretty outstanding actors such as Suraj Sharma ("Pi Patel" in "The Life of Pi" ) and Karen Fukushima ("Tatsu Yamashiro" in "Suicide Squad" ). You can watch the film here, and you can li

"To Be Awoken" in the trailer for "The Darkest Hour"

My cue "To Be Awoken" can be found in the trailer for "Darkest Hour." I hope you see it and enjoy it! You can listen to the full song off my album "Generate, Organize and Destroy" (click to listen). #TheDarkestHour