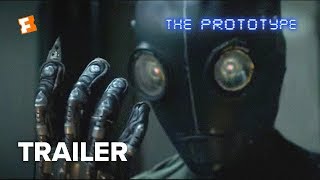 Release of "The Prototype" OST

The year was 2012. I holed up in my studio and wrote a score to an incredible short sci-fi film called "The Prototype" for my good friend Andrew Will. The trailer went on to rack up 38 million views, one of the highest viewed trailers on Youtube, and create MUCH anticipation. I'm excited to finally release, for the first time, the FULL original soundtrack to "The Prototype!" Listen on your favorite streaming/download service, and tell your friends! #ThePrototype #film #score

I was moved while writing the score to the 2016 short film "Guarding Grace." I recently released the score and you can go here to listen! https://fanlink.to/guardinggrace